Skip to content
FOR PARENTS
FOR ALUMNI
HOW TO ENROLL 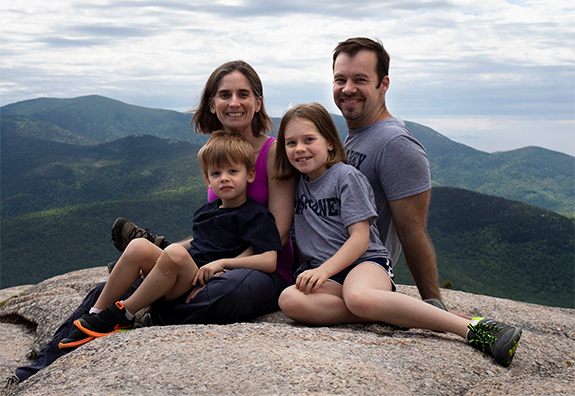 Mike began his Pasquaney career in 2000, and in 2005 he became Assistant Director, a full-time, year-round position he held for 9 years. As a counsellor, he was active in the shop, directed several plays, added to Camp’s music scene with his prowess on the guitar, and was elected by the Council to be its representative to the Board of Trustees. During his Council tenure, he became head of the shop program, stepping in for Dave Ryder while Dave was away from Camp. Inspired by his experience at Camp, Mike decided to become a teacher, and from 2002-2005, he taught fifth grade at the Lowell School in Washington, DC during the off-season. Following his years on the Board as Council representative, he was elected to the Pasquaney Board of Trustees in 2017.

In a letter to Mike after his first summer on the hillside, Mr. Vinnie wrote, “I knew last October that you were a good match for Pasquaney. I did not know how good. I knew after Council camp that you were going to be a part of things quickly. I knew at Bill Davies’s house the night before camp that you would bring some amazing music and spirit to the camp and to the Council. What a force you were everywhere. Producing an outstanding play, one that I still remember vividly and chuckle. Leading a spirited and positive Wilson to lead the camp in inspections and in starting the day… You modeled the idea that you stated at the end of the summer, showing that ‘you are never too old or too proud to try new things’.”

Prior to returning for the 2020 season, Mike served as a Senior Director for the Human Resources Practice at Gartner, a leading global research and advisory company. In that role, he advised Chief Human Resources Officers at companies around the world on a variety of talent issues, including succession planning, performance management, branding and recruitment, leadership development, and talent analytics. He was also in charge of mentoring and managing early-career Gartner executive advisors, overseeing a team of 12 in the US and abroad.

During Mike’s time on the Pasquaney Council, he married Aimee Wadeson, and starting in 2004 Aimee became a regular at meals in Mem Hall, in Chapel, and cheering on the boys around the hillside. Mike and Aimee have two children, a daughter, Adelaide, and son, Ned. They live in Kensington, Maryland.

Camp Pasquaney must be experienced to be understood. A visit before coming as a camper helps a boy and his family to get a sense of our community.